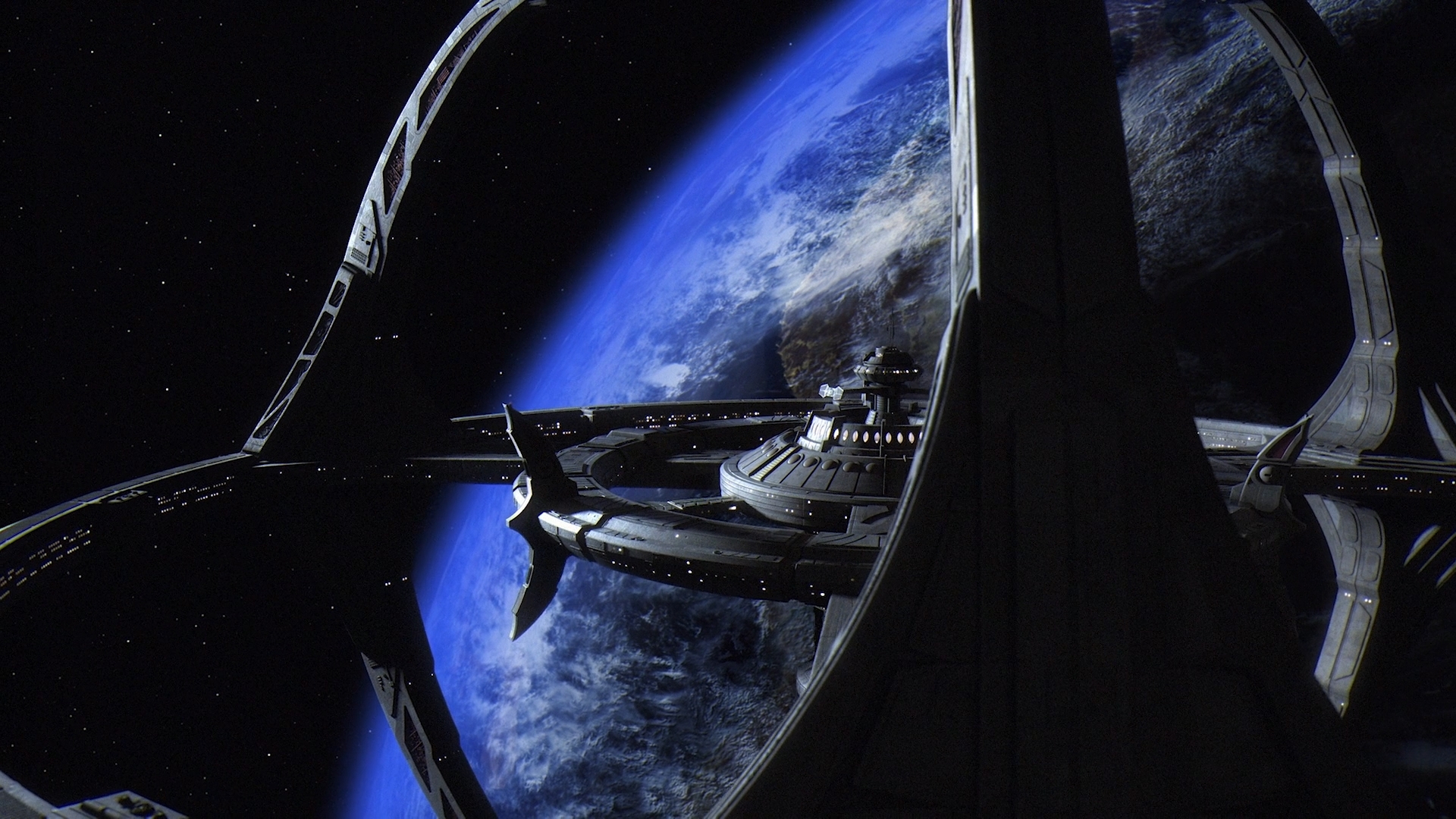 With Reassociation (set partly during and partly after the sixth episode of the fourth season of Star Trek: Deep Space Nine, Rejoined) I start a collaborative series with my friend and colleague Massimiliano Martini (who, on this blog, published the fanfiction entitled The Shattered Circle).

Reassociation acts as a prequel to the fanfiction of The Shattered Circle, acting as a link between the episode Reunited and the events depicted there, which is set approximately three years later, at the end of the sixth season of Deep Space Nine (the reference episode for The Shattered Circle is, in fact, The Tears of the Prophets).

Both stories have some important variations on what was portrayed on the small screen during the airing of the TV series: first of all, at the end of Reunited, Dr. Lenara Kahn decides to stay aboard the Bajoran-Federation Station and give her relationship with Lieutenant Commander Jadzia Dax a chance; the relationship between Lieutenant Commander Worf and Jadzia herself is totally absent; at the end of The Tears of the Prophets it will not be Commander Dax who dies at the hands of Gul Dukat, but rather Dr. Kahn, which allows the figure of Ensign/Lieutenant Ezri Tigan to be present, but she will be the host of the Kahn symbiont (and not, as in the TV series, of the Dax symbiont), becoming to all intents and purposes Ezri Kahn.

PLOT: Following the crash of the U.S.S. Defiant and the prompt intervention of Lieutenant Commander Dax, Dr. Lenara Kahn is rescued and only receives a few bruises from the latest series of tests conducted on an artificial tunnel she created. On the evening before the Trill delegation leaves for Trillius Prime, the two women have a confrontation that hurts them both deeply, but the unexpected intervention of Bejal Otner, Lenara's brother and a member of her team, puts an interesting twist on events.

WARNING: the fanfiction will also be published on the platforms of Archive of Our Own and WattPad in English, under the nickname "oscuro_errante".