[FANFICTION] - WHAT IF: A STAR TREK SERIES - FAR HORIZONS 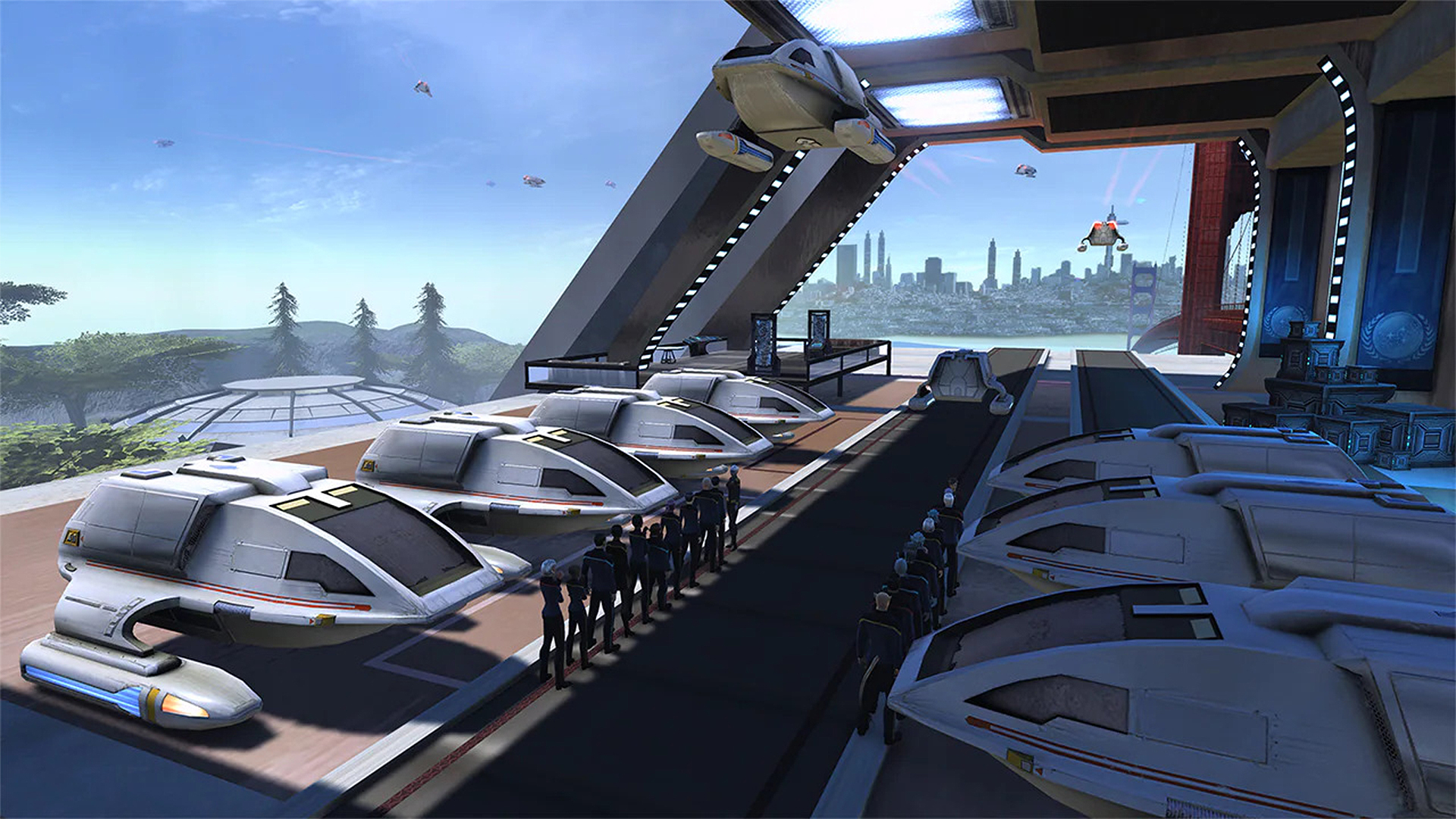 More than a year ago, on February, 19th I published my first fanfiction (which you can find HERE): set aboard Deep Space 9, it featured the character of Eva Ferrari, a Starfleet officer stationed aboard the Europa, a Sovereign-class vessel.

Arriving aboard the base station after spending a few months in the Gamma Quadrant, she makes the acquaintance of Jadzia Dax and Lenara Kahn, two Trills whose symbionts had been married by previous hosts (Rejoined). What started out as a simple fanfiction conceived as a stand-alone has, basically, created a monster (which, then, would be me), as I began to plan and structure a series of short stories linked to the collection I decided to call 'What If: A Star Trek Series', which has Eva Ferrari herself as its main thread (although she is not necessarily the main character).

Far Horizons stands as a prequel (very distantly) to Finally Rejoined: placed several months earlier, it fits in as a closure to a couple of years in which Eva Ferrari serves at the Zefram Cochrane Space Flight Center as a test pilot, by virtue of her first-class pilot curriculum.

Unlike previous fanfictions, this one is totally a figment of my imagination: I didn't base it on any Star Trek episodes, limiting myself to staying as far as possible within canon and thus trying to be as consistent as possible (in fact, the Sovereign-class, in the Star Trek timeline is launched in the 2370s, despite the fact that apart from the Enterprise-E very few are seen until Star Trek: Picard).
Europa and most of the officers are, therefore, of my own invention; the only character to be officially canonical is that of Dr. Katherine Pulaski, whom we see as Chief Medical Officer in the second season of Star Trek: The Next Generation as a replacement for Dr. Crusher, only to disappear into the shadows (she will only appear within the Star Trek expanded universe, as in the novel A Time for Peace, a Time for War, at the end of which William T. Riker and Deanna Troi will marry, tying in with Star Trek: The Nemesis).

PLOT: Eva Ferrari, a young Starfleet Officer, has recently completed a two-year project at the Zefram Cochrane Space Flight Center, where she had served as a pilot and test pilot immediately after graduating from Starfleet Academy. At the same time, a new class of vessel (the Sovereign-class) has been completed: in addition to the Enterprise-E, which will be launched on stardate 49827.5, the shipyard orbiting Earth, that of San Francisco, also gave birth to the U.S.S. Europa (NCC-1648-E), assigned to Captain T'Vok. The Vulcan, who served during John Harriman's time aboard the Enterprise-B, arranges for Lieutenant Ferrari to be assigned to the starship, believing that her talents and skills would benefit the crew in anticipation of future missions.

WARNING: the following fanfiction will also be published on the Archive of Our Own in English and on EFP - fanfic in Italian, in both cases under the nickname of oscuro_errante.