[FANFICTION] - WHAT IF: A STAR TREK SERIES - LOOKING FOR PAR'MACH IN ALL THE WRONG PLACES 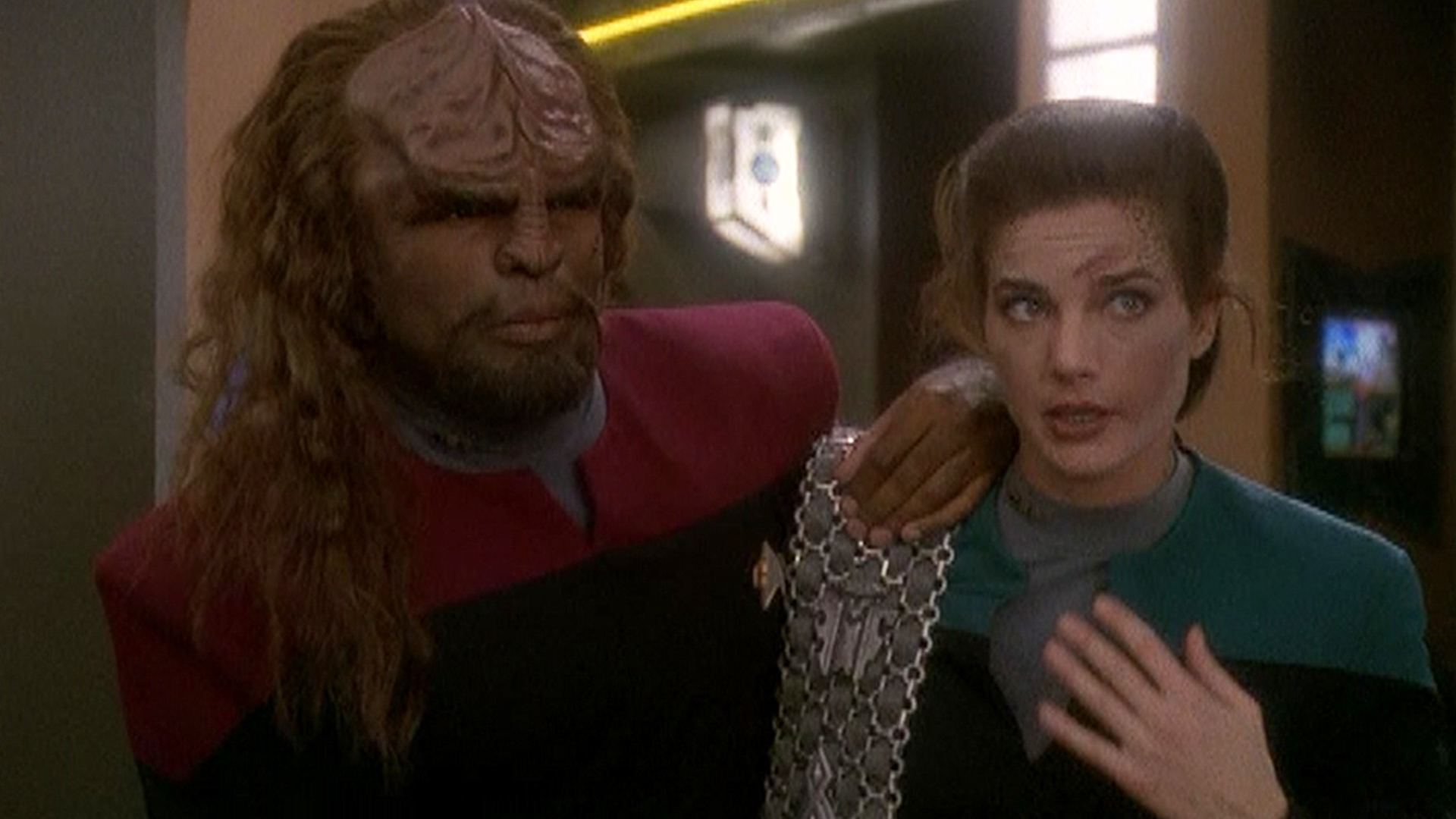 The publication of stories related to the What If: A Star Trek Series continues with this new fanfiction, whose title recalls the third episode of the fifth season of Star Trek: Deep Space Nine.
With a little delay, mainly due to the amusing life activities I have these days, here is a new fanfiction related to the series I created with Finally Reunited! The events presented are set partly during and partly after the relevant episode of Deep Space Nine from which the story borrows its title and, of course, goes to modify some canonical events, in relation to the 'plot needs' underlying my collection.
Actually, Quark succeeds in gaining Grilka's favour thanks to Worf's help, but at the end of the story Worf and Jadzia do not begin a relationship, as Jadzia is busy with Lenara and, basically, puts Worf😂 in the much-feared friend-zone, who returns with his tail between his legs to the Defiant.

Looking for the Par'Mach in All the Wrong Places is set in 2373, a few months after the events narrated in Finally Rejoined and almost a year and a half later than in Far Horizons, when Ferrari takes up her duties on board the Europa.

Here too, as with Far Horizons, the plot can be said to be basically of my own invention, as the episode from which it starts is basically used as a point of reference, although minor changes are made to the finale of the said episode. Canonical characters, therefore, are Jadzia Dax, Lenara Kahn and Worf, while of my invention are Eva Ferrari and the crew of the Europa (of which, in this fanfiction, two unnamed officers are mentioned).

PLOT: After helping Quark to win the favour of Grilka, his ex-wife, Jadzia has an important talk with Lenara about their future, going on to strengthen their relationship.

WARNINGS: the fanfiction will also be published on the platforms of Archive of Our Own in English and EFP-fanfic in Italian, in both cases under the nickname oscuro_errante.